There are three exam sessions per academic year: after the fall semester (January-February), after the spring semester (May-June), and a resit session (July).

Exams at the VUM are written and anonymous. This ensures maximum objectivity in the evaluation of the students and the results of their efforts. Objectivity matters because the students will later compete for jobs. It is extremely important for them to make proof of skills which will try to sell on the labour market.

Most universities in the world try to prevent students from cheating at exams. Our exams are invigilated by external invigilators whose role is to prevent rule violation. In case of any violation (cheating, contacts with another student, ringing of cell phones, etc.), invigilators must immediately apply the rules. In most cases, the student will be shown out of the room and his exam will be annulled. Depending on the transgression, disciplinary measures may also be applied in addition to the academic sanction.

VUM students are full-time students. That means that they must attend lectures and classes. This is absolutely essential for a number of reasons.

First, tuition at the VUM never relies on a single book. We use at least several sources, in some cases up to 10. This creates difficulties for students who have not participated in the academic process,

Second, the British educational model relies on individual preparation for classroom discussion. Without attending classes, it is hard to get on the right wavelength and form an idea of how your knowledge will be evaluated.

Third, some exams are tests. To find the right answer you have to read a lot and remember the most important things that were discussed in class. Otherwise, the test becomes sweepstakes.

According to the Bylaws, students who have not attended at least 80 percent of all classes shall be refused access to exams.

In many subjects, students have to do and submit coursework by a deadline. Coursework topics are announced well ahead of time so that students have sufficient time for their research.

In principle, coursework pursues three goals for the students:

It is essential to do one’s coursework diligently as that counts toward the total mark. In many subjects that mark is a combination of the coursework mark plus the exam mark multiplied by a quotient. If a student does not hand in his coursework, he will be given a mark of zero for that element which will have negative consequences.

It is very important to keep deadlines for coursework submission. Deadlines are final and may not be extended. However, a coursework paper can be handed in a lot earlier. Late submissions are punished in various ways one of which is a mark of zero ( Student Handbook ). Coursework papers are handed in at the Hand -I n Office and registered in a special log.

Please refer to the Student Handbook to learn the academic requirements for a good coursework paper.

It is our policy to provide opportunities for the students to express their opinions openly on a broad range of issues. The students can make demands and submit applications, as well as appeal decisions made by the administration or the faculty. The Student Handbook contains copies of forms to fill out in each particular case. This policy largely guarantees respect for the students’ basic rights and freedoms. It is another incentive for the maintenance of high quality in the education that we provide to our customers : students and society.

It occurs in two cases:

When a student has put together a paper consisting solely of properly referenced quotations, there is no plagiarism. Yet, such a paper will receive a poor mark because the student has not made a sufficient individual effort.

So what is to be done?

Students are expected to use many different information sources. A higher number of sources guarantees the student more points and a better mark. Students should learn to present knowledge obtained from various sources in their own language. Clearly, in many cases they will find it hard to resist the temptation of using a text by a prominent scholar. But that is required. The idea of university education is not only to memorize mainstream findings in particular fields but also to combine them in such a way as to create new knowledge.

As a rule, a coursework paper which quotes less than three sources shall be marked 30 points or less (40 is a pass )

A second case of plagiarism

A second case of plagiarism will lead to expulsion from the program.

Twice in a semester, the VUM carries out an anonymous survey in which students assess the faculty on 10 indicators. This feedback allows us to maintain high academic quality for the benefit of the students. The surveys give the faculty the students’ perspective of the tuition process. 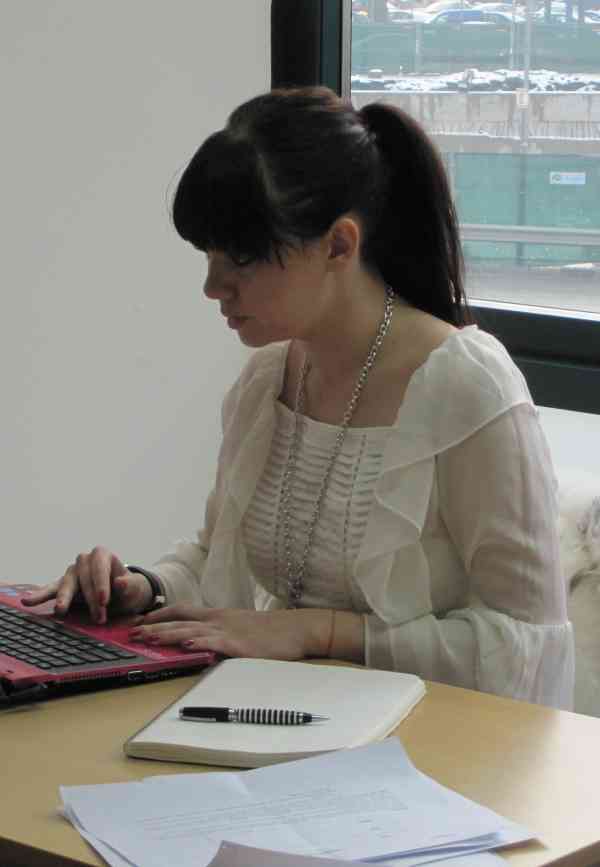